Skip to content
I visited the Sunday market and met with the local stamp dealer. I asked for new Indian used stamps and he thrusted a large packet of unsorted stamps on paper and asked me to select the stamps I wanted. It was typical kiloware packet. When I asked how much for the whole packet, he refused to quote a price. What he told me was interesting and quite instinctively what I have been suspecting. He said hardly anyone one is posting letters, even fewer people are actually using stamps. Commemorative stamps hardly ever get used and most people have only mint stamps in their collection. And thus he wouldn’t sell the whole packet but sell it per stamp. While it was still cheaper than most of what I have seen on eBay, he rather apologitically told me that he is now charging significantly more than what he used to charge earlier. Off-paper stamps were priced slightly higher. I am foreeing it harder to get used Indian stamps. And given the design of the stamps these days, we would soon end up with a market flooded with pictorial stamps that could be mistaken for Cinderallas. 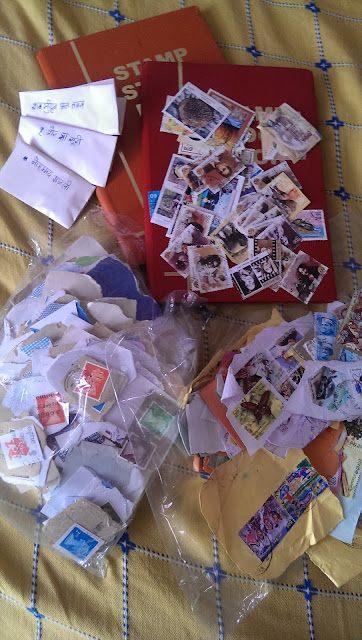