Skip to content
Thanks to joining Facebook philatelic groups and connecting with like minded people, I finally managed to get connected to the Philatelic Society of Delhi (PSOD). I attended my first ever meeting of a philately club/society and also joined them as a member, thanks to the specific invite by Aditya Asthana. PSOD typically has meetings on every third Sunday of the month (though this time it was on the fourth Sunday).

The meeting began with a lucky draw of people who reached on time. The officiating members were kind enough to call me out for picking the lucky draw winner. Three winners were given a full sheet of Indian definitive stamps. 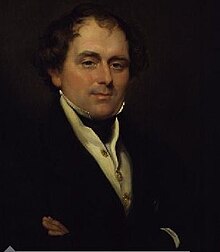 After a brief introduction of the members, Aditya Asthana presented the second episode of Tale of the Mail, a study on the mail route from England to India. He spoke about Thomas Fletcher Waghorn a postal pioneer who developed a new route from Great Britain to India. Waghorn’s route reduced the journey from 16,000 miles, via the Cape of Good Hope, to 6,000 miles: from three months to between 35 and 45 days. It was fascinating to hear him talk about his research.

It was interesting to hear other philatelist share their experiences over lunch and during the meeting. Topic of discussions included upcoming exhibitions around the country and the high prices being charged by the postal department of Govt of India for special covers. Overall it was an educative and satisfying Sunday afternoon.