Skip to content
Last month I wrote about Kiloware. Well, the bug bit me and I went ahead and bought kiloware of 1 KG Australian Stamps from eBay. I was quite excited at the prospect of getting so many stamps together and waiting eagerly for my parcel. 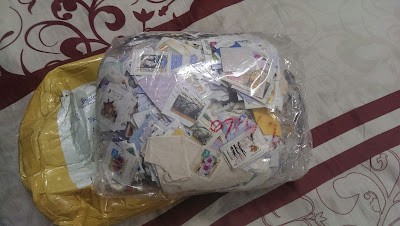 When I got my parcel, I couldn’t wait to open it up. The stamps were peaking at my from inside the transparent polythene bag, screaming to be set free. 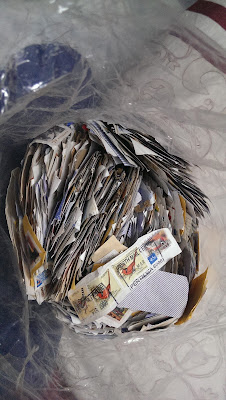 I opened the bag and immediately spread them all out. Thankfully I used a newspaper to spread them out as I realized later that the stamps had quite a bit of dust and dirt. 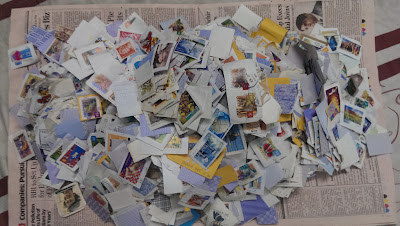 After the initial euphoria, I sat staring at pile of stamps wondering how to sort them out. There were many beautiful stamps but I was quite flummoxed at the number of stamps to be sorted, not to mention removing the paper from the stamps. 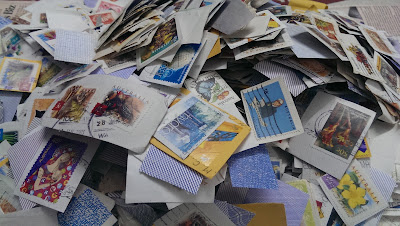 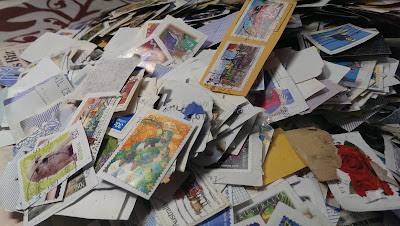 Not knowing enough about Australian stamps was only compounding the task at hand. And so I have begun first sorting them out. I have started sorting them by their denomination as I believe that will be a good indication of their issue time. I am also sorting the definitive stamps separately, whichever ones I can guess are definitives. The large number of duplicates was a good way to identify definitives.

My euphoria of receiving a large pile of stamps is gone and I am not staring at huge task of sorting out the stamps.

If you are going to buy kiloware, first I would recommend buying a country that you are familiar with. I bought Australia because that was one of the very few countries kiloware on sale. And perhaps it is better to buy smaller lots instead of buying KGs. Also be prepared for getting a LOT of duplicates. That’s what I have, a lot of duplicate Australian stamps. Wanna swap? Drop me a line.

Recently I asked what is kiloware and if these are worth buying?

Kiloware is a term for packages of postage stamps sold to stamp collectors by weight rather than by quantity, often in kilograms, hence the name. Kiloware usually consists of used stamps on paper from mail clippings, although off paper stamps may also be sold as kiloware.

Their worth depends on many factors. You should expect to get a number of duplicates. Good for the trader, cancel collector, individual flyspecker. Some sources are better than others. Sometimes it can be a good way to get recent used stamps.

Overall it sounds like a lot of hard work and a bit of a lottery. But then, that’s the fun of stamp collecting, of digging in to find hidden treasures. 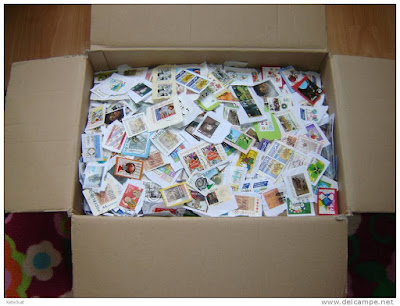