Skip to content
So the Penny Red bug bit me and I outbid others in an eBay auction to acquire my first Penny Reds. I probably ended up paying a little higher than normal price but it didn’t feel so bad since these were the first ones I got for my collection. I now have three imperforated 1849 Penny Reds. 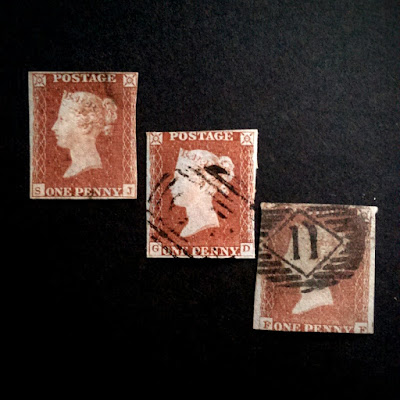 The Penny Red was Great Britain’s longest running stamp, from February 1841 to the end of November 1879. It was used for the standard letter postage rate of 1d and approximately 21 billion were issued.  Until 1854 the 1d red was imperforate.

Penny Reds can be as interesting to collect as Machins though probably harder to collect since they are not as easily available as machins.