Skip to content
A few weeks ago Shri Dipok Dey commented on one of my Facebook posts in a Philatelic group. I didn’t realize the importance of that comment until I came across more about him.

Dipok Dey, born in 1938 in Bangladesh, graduated from Art College in 1965, is a renowned artist, philatelist and journalist from Kolkata. He started collecting stamps since late 50s. He has designed number of stamps, special covers, booklets and greeting cards issued by India Post. He is the first Indian to design UN Stamp in 1985. He has edited ‘Stamp World’ and ‘Indian Revenuer’ philatelic journals and has written several articles on Philately. He is an author of Philatelic Geography, The Bridge and A Hand Book of Unfamiliar Stamps and Rabindranath Tagore and the Post Office a Philatelic Tribute. His knowledge about printing technology of stamps is marvellous. His collections on cinema, printing technology of stamps, women and Second World War etc. have been exhibited in many philatelic exhibitions.

In 2014 Shri Dipok Dey was honoured with ‘Life time achievement award’ by North Bengal Postal Circle of India Post for promoting philately in North Bengal. During ‘Depex-2014’ district level philatelic exhibition held at Darjeeling the Life Time Achievement Award’ was conferred to Shri Dipok Dey but he could not attend the function held on 30th November 2014 at Darjeeling as he was attending Assampex-2014, state level philatelic exhibition held at Guwahati as a member of Jury. On 28th February 2015, Shri Suvash Darnal, Superintendent of Post Offices, Darjeeling Division presented the award to Shri Dipok Dey at his residence in Kolkata. 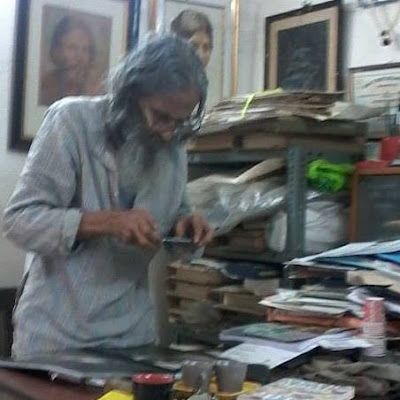 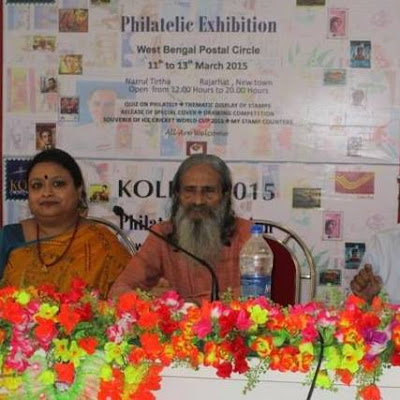